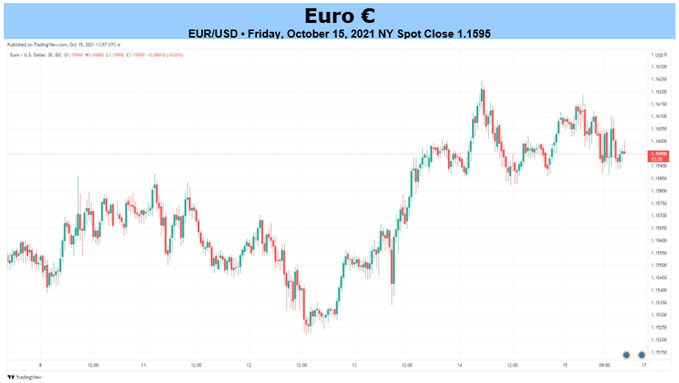 There are still no obvious reasons to expect a recovery in the Euro as the Eurozone, and the European Union more generally, are hit by supply bottlenecks, soaring energy prices, weak economic data and a dovish central bank.

For sure, the Euro has been relatively stable against the US Dollar so far this month, with EUR/USD consolidating around the 1.1570 level after its previous slide, but even here investors will likely sell into any attempts to rally.

Why the Euro is so weak

Reasons for Euro weakness are not hard to find:

It would therefore be no surprise to see further losses for the Euro against most other major currencies even though several Euro crosses have already fallen steeply, as illustrated by the chart below of the Euro against the Australian Dollar.

Like to know more about the Euro and why to trade it? Check out this article here