China’s
yuan had a volatile session, losing ground in early trading on the
back of weekend remarks out of China expressing concern on the
currency’s strength, with an ex-PBOC official forecasting action to
stem its rapid appreciation. USD/CNH traded up to around 6.3730
before dropping away. The People’s Bank of China reference rate
setting was once again for a strong yuan, its strongest mid-rate
since
the middle of May in 2017. The mid-rate was not as strong as the
central survey estimate though, prompting the argument the PBOC wants
to slow the rate of appreciation. Given how yuan is surging I’m not
sure that is a very helpful take. USD/CNH has since dropped sharply, back to circa 1.3570 as I post.

There
were a number of economic data points out during the session, notably
Japanese industrial production and retail sales, both a miss, along
with official China PMIs for May.

The
China data was a very slight disappointment for manufacturing PMI but
a welcome improvement for services, an indicator the domestic economy
is improving.

USD/JPY
had a sharpish drop from session highs at the Tokyo fix (the final
for the month), coming off 20+ points soon after. AUD and NZD have
both gone up a little against the dollar, EUR and GBP also.

Cryptos
had a heavy weekend, down a little with some retrace. Bank of Japan
Governor Kuroda made comments on Bitcoin back on Thursday which were
referred to as a reason for the drop in BTC, which seems more of a
back-fitted narrative than anything else TBH.

On
the coronavirus news front, Vietnam have found a new variant that
manages to combine the awfulness of the UK and Indian variants into
one mutant.

A
reminder ICYMI, the UK and US are out for holidays today, Monday. 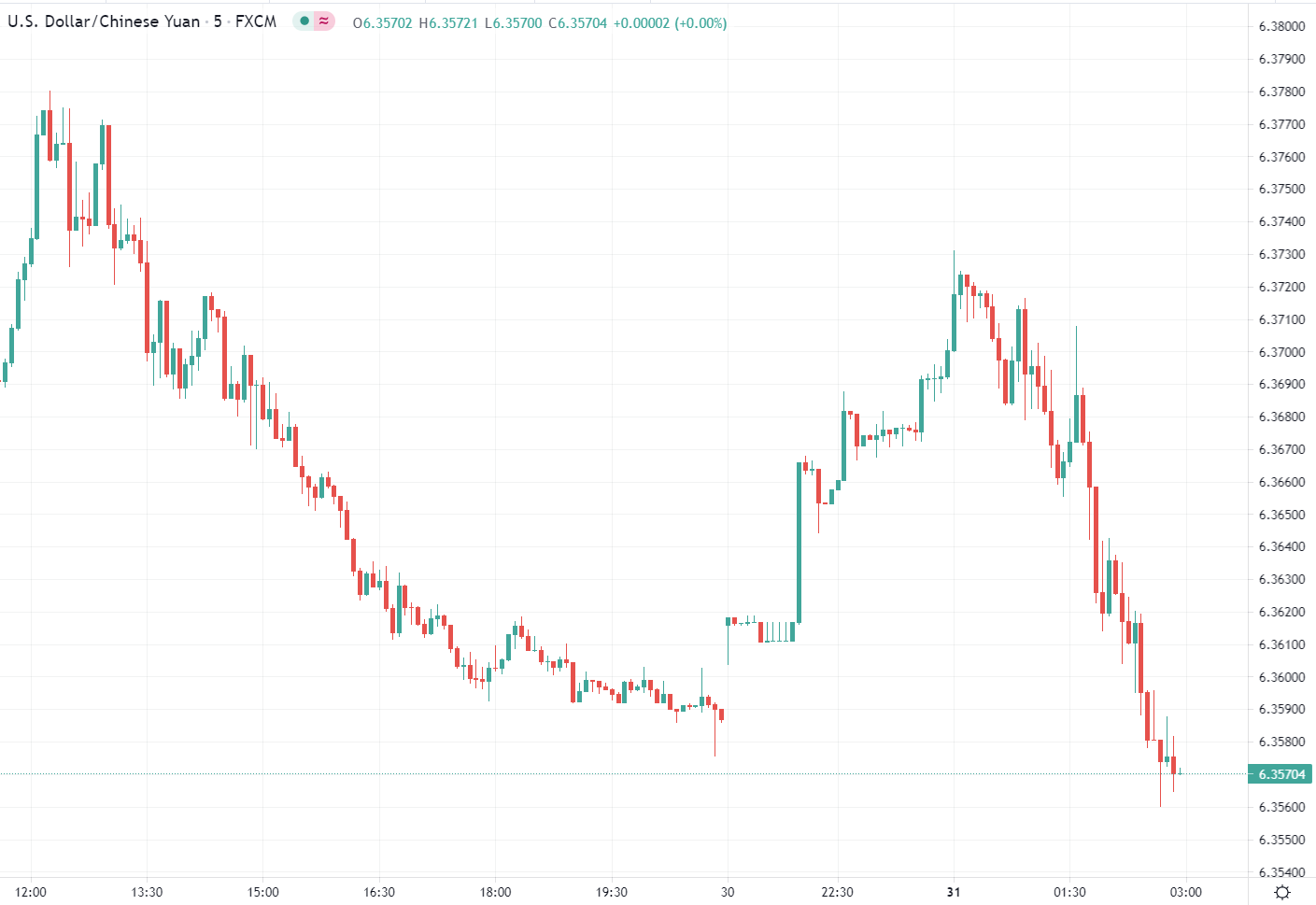