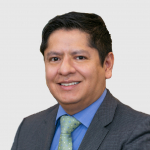 Investors are a little unsure on how to navigate the next couple of quarters of roaring US growth that is unlikely to be reciprocated by the rest of the world.  Today’s massive record-setting trade deficit will likely only get worse as the US economy heats up and the rest of the world tries to get their economies reopened.

The habit of making fresh record highs will be a lot harder in the coming months as everyone braces for some of President Biden’s tax plan to get pushed through and for surging soft commodities pricing and chip shortages to drive inflationary concerns.  The last couple of weeks have been filled with countless companies from Procter & Gamble, Coca-Cola, Caterpillar, and even Berkshire Hathaway, talking about persistent rising pricing pressures.  Wall Street won’t find out if the Fed is making a policy mistake until several months down the road and that is making some traders nervous.  After Friday’s nonfarm payroll report, investors will see a clear path for the US economy to recover the remaining lost jobs due to COVID and noticeably hear more companies talk about raising prices.

Despite a few amazing months of upcoming economic data, US stocks will have a difficult path higher as more investors believe that the Fed is going to have to start talking about tapering asset purchases a lot sooner than they have been signaling.

Financial markets were already on edge and pushed to session lows after the US asked the G7 to consider agreeing on a mechanism to counter Chinese economic might.  Tensions between the world’s two largest economies have been on the back burner, but if this becomes a focal point, risk appetite might not stand a chance in the short-term.

Bitcoin has taken a backseat to the record setting rallies from Ethereum and Dogecoin.  The institutional world is jumping on the “use case” thesis for Ethereum and Meme stock mania for Dogecoin.  Ethereum is viewed as the primary cryptocurrency that you can make a strong fundamental argument that its blockchain will be the one used for worldwide adoption.   Ethereum is seeing continued momentum from news that the European Investment Bank will launch a digital bond on the Ethereum blockchain network.

Dogecoin is surging because many cryptocurrency traders do not want to miss out on any buzz that stems from Elon Musk’s hosting of Saturday Night Live.  Also known as the Dogefather, Musk will undoubtedly have a sketch on cryptocurrencies that will probably go viral for days and further motivate his army of followers to try to send Dogecoin to the moon.

The Dogecoin bubble should have popped by now, but institutional interest is trying to take advantage of this momentum and that could support another push higher.

Bitcoin is struggling here as investors diversify away from Bitcoin in search for the next 10X trade.

Following the first interest rate increase in six years, the BCB is poised to deliver another massive increase now that Brazilian inflation is well above the central bank’s upper limit of its target range.  The fundamental for energy and food prices suggest Inflationary pressures are not going away anytime soon.

The second deadly wave of COVID-19 has complicated the economic recovery, but optimism persists that the economy will find solid footing by the end of the year.  The benchmark Selic rate should steadily rise higher, providing some underlying support for the Brazilian real.  Initially, the May policy decision was expecting to yield a full percentage rate increase in the swap markets.  Inflation is higher but at a slower than expected pace and the recent real strength should allow the bank to raise rates by 75 basis points.

Some of the recent gains for the Brazilian real came after President Bolsonaro was able to put together a budget.  Brazil will likely break the spending cap rule by 2% of GDP this year.  The government will try to control spending but pressure to support the fight against COVID is too high given centrist parties run both houses of congress before the 2022 elections.  The Brazilian real should remain volatile this week with traders possibly using the BCB decision as an opportunity to exit bullish real bets.

The Colombian peso plunged after news that Finance Minister Carrasquilla will quit following days of violent street protests and the dismissal of his plan to raise taxes.  Colombia is going from one of the favorite LATAM trades to the worst-performing emerging market currency.  The passing of fiscal reform was crucial for President Ivan Duque and now Colombia is at risk of losing investment grade status.  If no fiscal reform is passed, the central bank may need to raise interest rates as everything Colombian gets sold.  It is getting ugly fast and the Colombian peso could still be vulnerable to further pressure.

NFP: Penciling in a 675K jump in payrolls – Wells Fargo