Prior to the latest BoE meeting on March 18 there was a tail risk of a rate hike coming into the markets. The GBP has been strongly supported over the last few weeks and the last meeting continues to provide reason for optimism regarding GBP strength.The major headlines for the Bank Of England struck me as pretty neutral. However, the minutes and the statement in full read pretty upbeat.At the last Bank of England meeting the Monetary Policy Committee (MPC) voted unanimously to keep interest rates at 0.10% and bond purchases were unchanged at £20 billion per month as expected,There had been thoughts prior to the meeting that perhaps the BoE would be more positive as the UK’s vaccination program is coming along well. Over half of the UK adult population has now received at least one dose. Furthermore, the latest US phase III AstraZeneca trial shows that the vaccine has a 100% efficacy in preventing severe disease. As the BoE looked overseas there was a general upbeat tone. Global GDP growth is stronger than expected. The BoE expected that the US fiscal stimulus package should provide further global support. The BoE report had considered only around a $1 trillion package according to their minutes. See here at the top of page 5 (confusingly labelled page 2, but is actually page 5 of the PDF). So, this much larger than expected package was expected to boost the UK’s economy as well as the globe. There was no worry about the rising bond yields and that was just seen as a natural consequence to improved conditions (don’t tell that to the Fed).There was also a note about the cost of shipping containers rising, but that prices had somewhat stabilised recently. This was all before the latest Suez crisis, so that is arguably a greater issue to world trade as shipping containers have to take a two week long detour around the bottom of S.Africa.

Domestically the BoE were pretty upbeat too.UK GDP which fell by 2.9% was less weak than expected, but GDP Is still around 10% below its 2019 Q4 level. 2021 Q2 could see ‘slightly stronger’ consumption growth, but unsure if this will impact the medium term forecast. (so this is being downplayed). CPI expected to turn to around 2% in the Spring as the impact of lower oil prices fall away. However, the latest UK CPI reading was lower than expected. Non essential retail and outdoor hospitality to open no earlier than April 12 and entertainmentand non-self contained accommodation no earlier than May 17. A Bank of England survey saw that 15% of households would be spending more after restrictions eased and 40% said they would spend less. Economist Andy Haldane sees the change of a ‘rip roaring’ UK economy with a large build up of UK savings at around £150 billion

One area of potential concern is that the UK trade in goods volumes have fallen substantially in January. Exports and imports fell around 19% and 21% respectively. (Some disruption around the UK-EU transition period end were cited). This is one area that I don’t have a proper handle on. Yes, a no-deal Brexit has been avoided, However, EU-UK trade is being hampered and to what extent this will continue is an area I unclear on, but warrant further research. Any helpful info that you have, please leave for readers below.

The takeaway of this report is that the Bank of Englandhas signs of hope on the horizon. If they start to materialise further then that should support the GBP against weaker currencies like the euro with present market conditions. Any news of tapering and the GBP will see strength out of the meeting.

You can read the full statement here 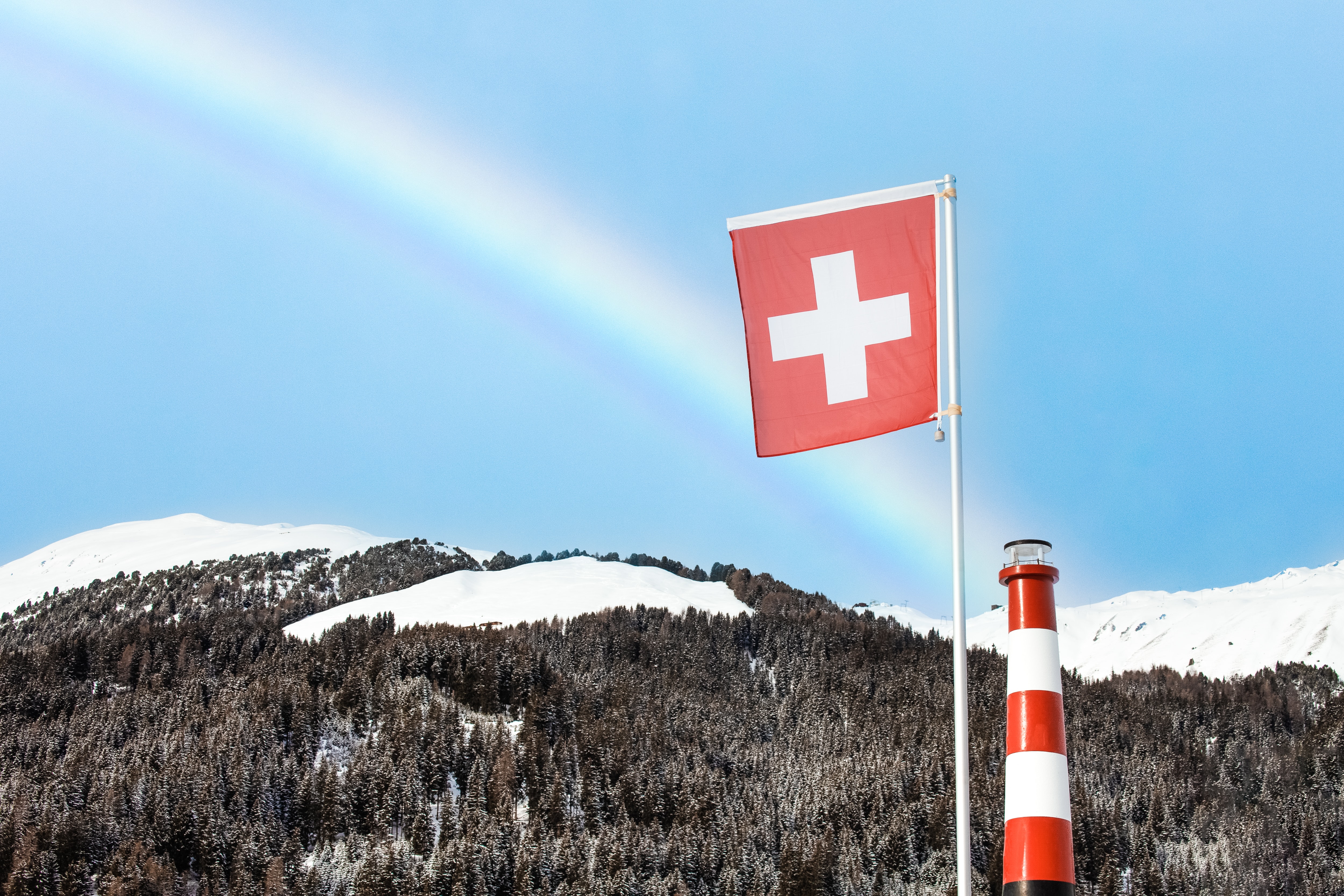 The SNB interest rates are the world’s lowest at-0.75% due to the highly valued Franc. As an export driven economy they hate a strong CHF and are doing their best to make it as unattractive as possible. The market generally ignores this and keeps buying CHF on risk aversion which has been here in one form or another since around 2008/2009 if the EURCHF chart is anything to go by. However, we are seeing some CHF weakness naturally creep in as the world begins to tentatively imagine a COVID-19 free world and the potential for safe haven CHF holdings to drop. A quick glance at CHF pairs we show this to be the case.

Earlier this week on March the SNB left rates unchanged. The inflation forecast was revised ever so slightly higher due to strong oil prices.The forecast for 2021 is +0.2% & +0.4% for 2022. Growth for 2021 is still seen between 2.5% -3.0%. The statement once again struck a tone of optimism vs ‘who knows what will really happen’ with upside and downside risks stated.

The SNB continue to intervene in the FX markets. The Swiss are always mindful of the EURCHF exchange rate because a strong CHF hurts the Swiss export economy. This is why the opening paragraph, and sentence number two, reads : ‘Despite the recent weakening, the Swiss franc remains highly valued’ . The SNB want a weaker CHF. The rest of the world wants CHF as a place of safety in a crisis, so we have this constant tug of war going on.

The bottom line here is no real change from last meeting. However, note that a currency like CAD could offer some decent upside against CHF over the coming months as the BoC prepare to taper. The SNB are still content to be the lowest of the central bank pack and dissuade would be investors by charging them for holding CHF.

The Bank of Japan is a very bearish bank and there is no sign of exiting from its easy monetary policy.but the latest meeting saw a small shift in their policy.At the last BoJ policy meeting this week there were no surprises. In fact it was easy to overlook since there was so little anticipation for the event. The headlines were as expected with Interest rates remaining at 0.10%. In a similarly unmoved fashion the Yield Curve Control (YCC) was maintained to target 10 year JGB yields at 0.0%. The vote on YCC was made by 8-1 votes with Katoaka the dissenter.The general outlook is that the economy is seen to be improving, but the pace of the rebound is seen as moderate. There was the mandatory explanation regarding the uncertainties surrounding COVID-19, but the general financial system was considered stable by the Bank of Japan. This was reflected in that the GDP projections were revised higher:

Before we get excited, although GDP was revised up marginally, inflation was also revised down this year. So what the right hand gives, the left takes away.

The only thing to say is that there is no change to the perspective that the Bank of Japan is ready to step in to support Japanese equity markets if they are needed to. Aside from this there is no change expected for the foreseeable future. Be aware that the JPY continues to operate as a safe haven currency and in times of financial stress and worry the JPY tends to find buyers. The AUDJPY is the go to risk on / risk off currency pair.

Once again there were no major changes in the latest RBNZ meeting.The interest rate was kept at 0.25% and the Large Scale Asset Purchase (LSAP, $100 billion by June 2022) and Funding for Lending Programme (FLP) was kept unchanged. The RBNZ recognised the global growth outlook has improved with commitment to monetary and fiscal stimulus as well as the progression of vaccination programmes. The planned trans-Tasman travel arrangements was seen as supportive for income and employment in the tourism sector. The reduced Gov’t bond issuance was seen as placing less upward pressure on New Zealand bonds and provides less scope for further LSAP purchases. However, the changes in LSAP levels (reductions) were not seen as a change in monetary policy, but more to do with market functioning. Nevertheless, it is to be welcomed and is a sign of better global conditions. The RBNZ noted that New Zealand’s commodity export prices have been benefiting from strong global demand. The weak USD, reflationary trade, and ‘buy everything’ mood over the last months are an assistance to New Zealand’s broad commodity exports.

The RBNZ still see risks ahead

These include the fact that any spike in inflation higher is likely to be temporary. The short term data highly variable due to impact from COVID-19 and the global recovery is uneven. The Trans-Tasman travel is seen as two way, so some NZD spending will be abroad in Australia. There is some time expected before the targets of maximum employment and inflation above 2% is met. The RBNZ is prepared to use negative interest rates if necessary. However, this is unlikely to happen at this point in time.