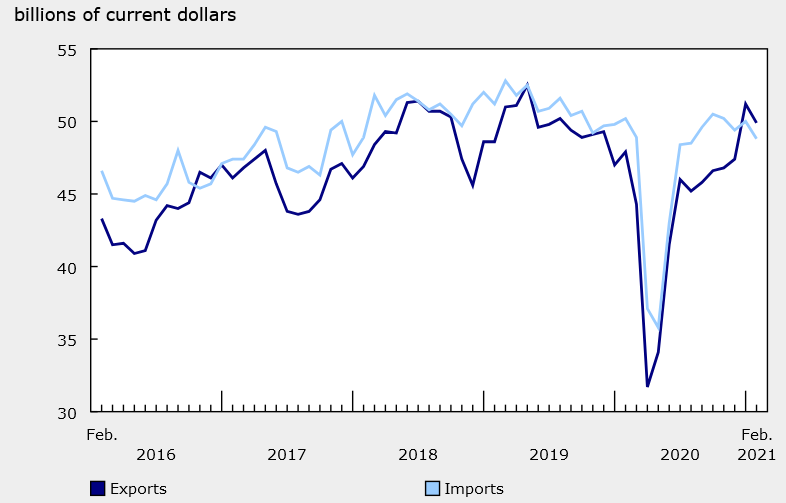 The quickly improving trade picture with the United States highlights the knock-on effects of US growth and stimulus. There are also some one-off factors due to the elevated values of natural gas exports in February due to cold weather.