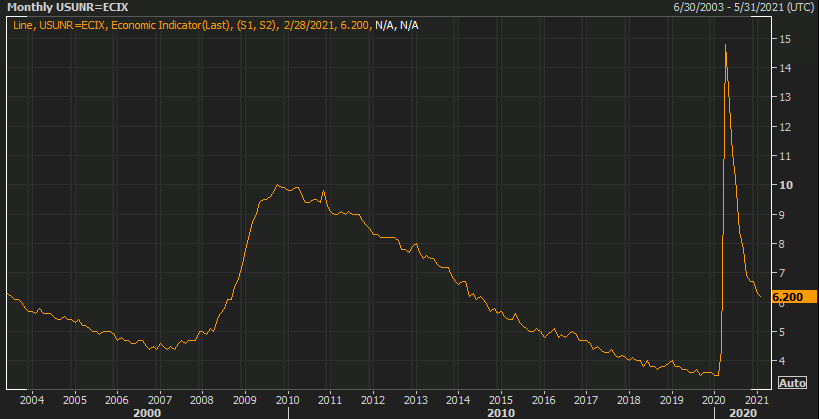 Non-farm payrolls is being released on Good Friday, which is an unusual situation because bond and equity markets will be closed. That will leave all the action in FX but London will be especially thin because it’s a holiday there.

An important caveat is that the market isn’t exactly hanging on employment right now. FOMC members have said they want to see it under 4% before they think about hiking and have also repeatedly emphasized that the low participation rate masks the current unemployment level, which is +9% when factoring that in.

The market is increasingly worked up about inflation but the wage numbers in this release are hard to trade around because they reflect changing compositions and adjustments due to the pandemic.

The straight-forward trade will be in USD/JPY and USD/CHF, which will rise on good numbers and slip on weak ones. Barring a huge surprise, I think that traders who choose to sleep through this one won’t have any regrets.

If you’re trading it, better weather and fewer restrictions point to a strong number and Homebase reported “significant improvements in March” particularly in entertainment and hospitality.

For  another preview, see our friend Christophe Barraud’s preview.

GBP/JPY Price Analysis: Correction likely to continue while below 151.00

The CHF was the strongest currency for the week. The NZD was the weakest.

UK’s Javid: Will move to next stage of roadmap