Waller joined the Fed in December 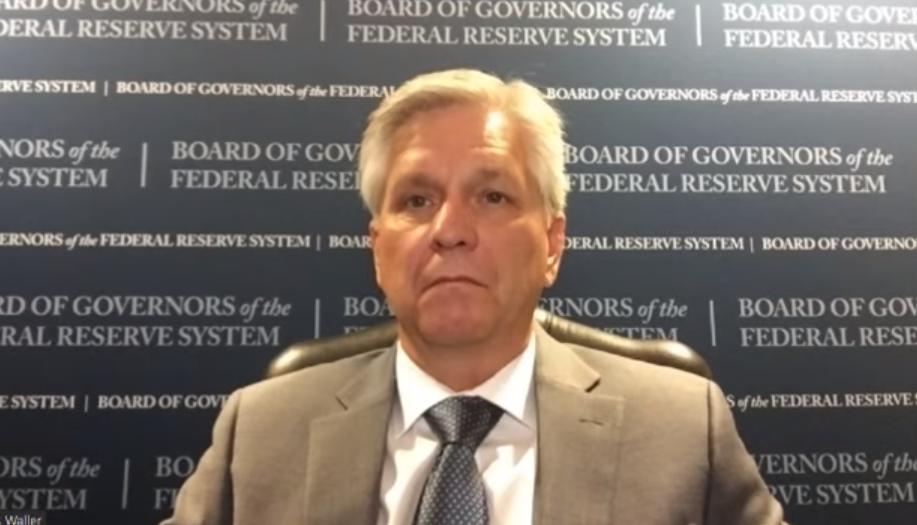 Get used to hearing from Waller because his term runs until January 2030. He was a Trump nominee and this is his debut appearance to talk about the importance of central bank independence.

He comes from the St Louis Fed, which is led by wildcard Jim Bullard. He will take questions from Adam Posen shortly:

Waller is painting a consistent picture in his first appearance:

Maybe I’m rushing to judge but we’ll see what comes next.

That’s a similar line from the core of the Fed.

Powell Speech: We have avoided a great deal of scarring