Copper was mixed during trade on Thursday, with next month futures sinking below $4 per pound for the first time since March 10th. The decline was powered by a surge in the US Dollar, as investors flocked to the safe-haven greenback due to growing concerns around the globe. Copper prices rebounded late in the session as risk assets caught a bid and staged a turnaround into the New York close. Despite a stronger dollar, US equities notched modest gains on Thursday. 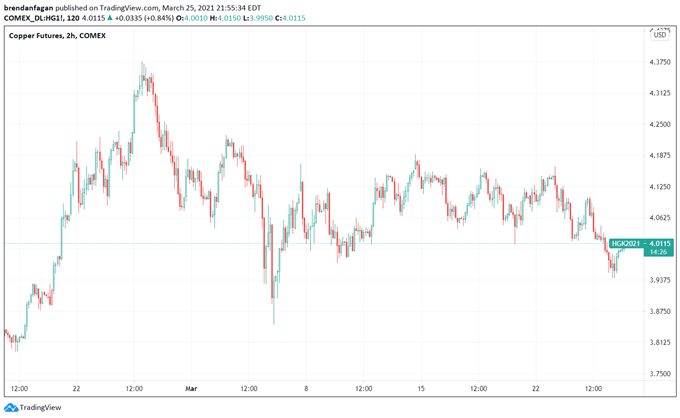 Market sentiment has cooled recently as Europe continues to struggle with rising cases and a botched rollout of COVID vaccines. New restrictions across numerous major hubs have put downward pressure on metals and also broader markets. Despite the negativity currently surrounding the EU, President of the European Commission Ursula von der Leyen said in remarks on Thursday that the EU remains on track to meet its vaccination target. 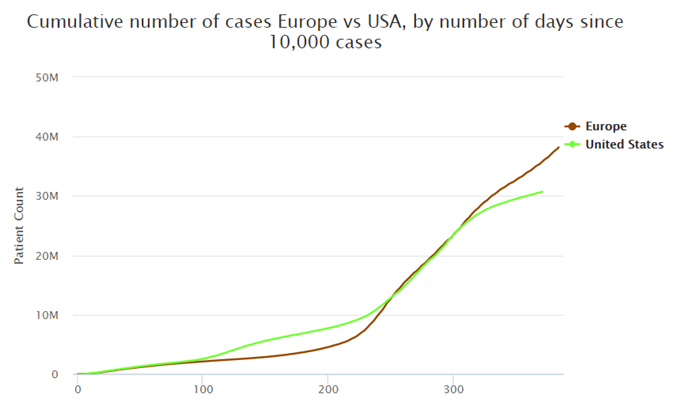 Tensions also remain high between Washington and Beijing, as President Joe Biden looks to stamp his authority on the trans-Pacific relationship. Following a meeting between the two countries last week in Alaska, President Biden reiterated that the United States will not let China become the economic leader of the world. In remarks given this week, the US leader stated that the US welcomes competition from Beijing, but China must be held accountable and “play by the international rules.” 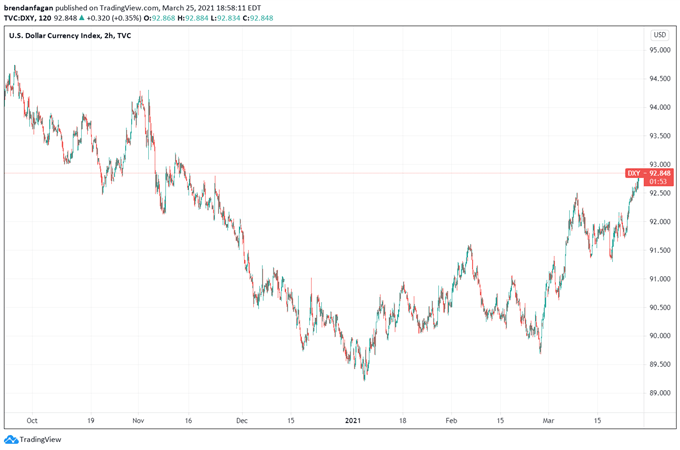 Recent doubt about the state of macroeconomic affairs has propelled the US Dollar to levels not seen since November. Rising tensions between China and the West have proven to be strong enough headwinds for investors to reconsider where their capital is flowing. An additional round of stimulus checks was not enough of a match to light the fuse towards new record highs for US equities. It appears, despite a VIX that remains below 20, that investors are looking to wait out these choppy markets that may persist for the near future.