March US manufacturing and services PMIs from Markit 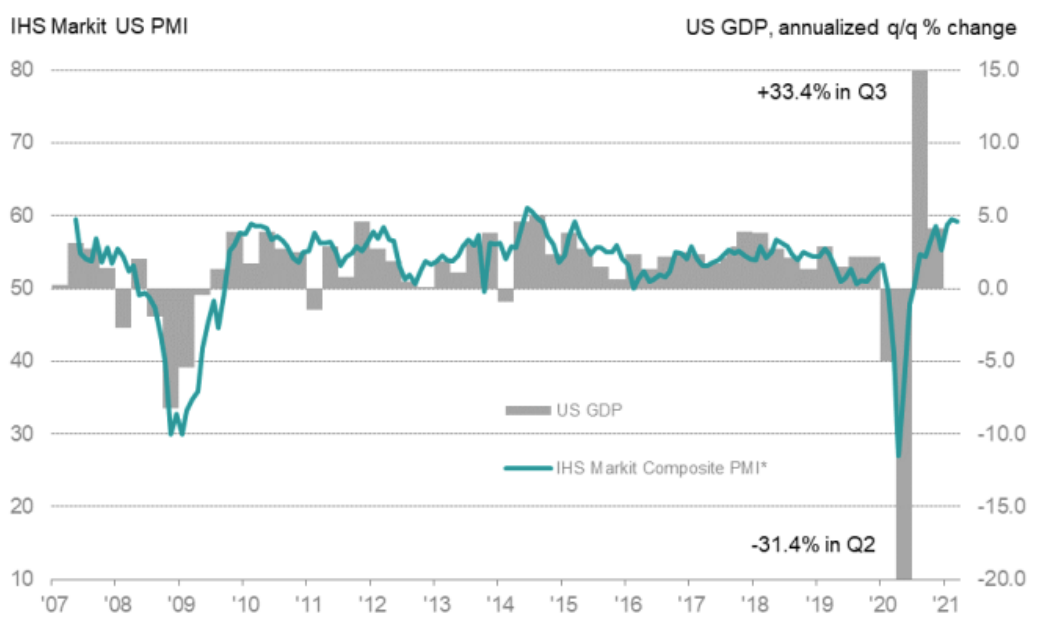 These numbers are a touch soft compared to expectations but the services survey is at the highest since July 2014, so it’s hardly bad news.

The cost side is interesting with services input prices at 72.7 vs 70.1 at the highest since the survey started in 2009. Admittedly, that’s not a long track record.

It’s a similar story in manufacturing with input prices at 74.9, which is the highest since March 2011.

The report touches on some of the reasons for higher prices and the ramifications:

“Another impressive expansion of business activity in March ended the economy’s strongest quarter since 2014. The vaccine roll-out, the reopening of the economy and an additional $1.9 trillion of stimulus all helped lift demand to an extent not seen for over six years, buoying growth of orders for both goods and services to multi-year highs.

“Producers were increasingly unable to keep pace with demand, however, due mainly to supply chain disruptions and delays. Higher prices have ensued, with rates of both input cost and selling price inflation
running far above anything previously seen in the survey’s history.”

ICYMI – Bridgewater founder Dalio: “I have a certain amount of money in bitcoin”