The
news from New Zealand was the government would implement new measures
to curb house price rises. The new rules appear to be somewhat
underwhelming but nevertheless the response of the NZD was a
persistent decline through the session. BNZ attribute the weight on
the kiwi $ to the market seeing dovish implications for the RBNZ
(hikes come later), and also that the rate curve in NZ steepens due
to the long-end continuing to be primarily influenced by global rates
while this news should keep short-end rates anchored for the
meantime.

NZD/USD
lost 90+ points from US-time highs and dropped to a 3
month
low,

AUD/USD
fell, more slowly and not to the same extent, alongside.
Co-contributors
to the fall include ‘catastrophic’ flooding hitting Australia’s
largest population state (and city) and renewed sex scandals hitting
the federal government.

There
was also a US dollar influence, CAD fell away a few points (oil
prices lost some ground during the session) as did EUR (Germany will
impose a new lockdown for 5 days from April 1). The EUR/USD move was
tiny I should note, EUR/JPY dropped a bit more. 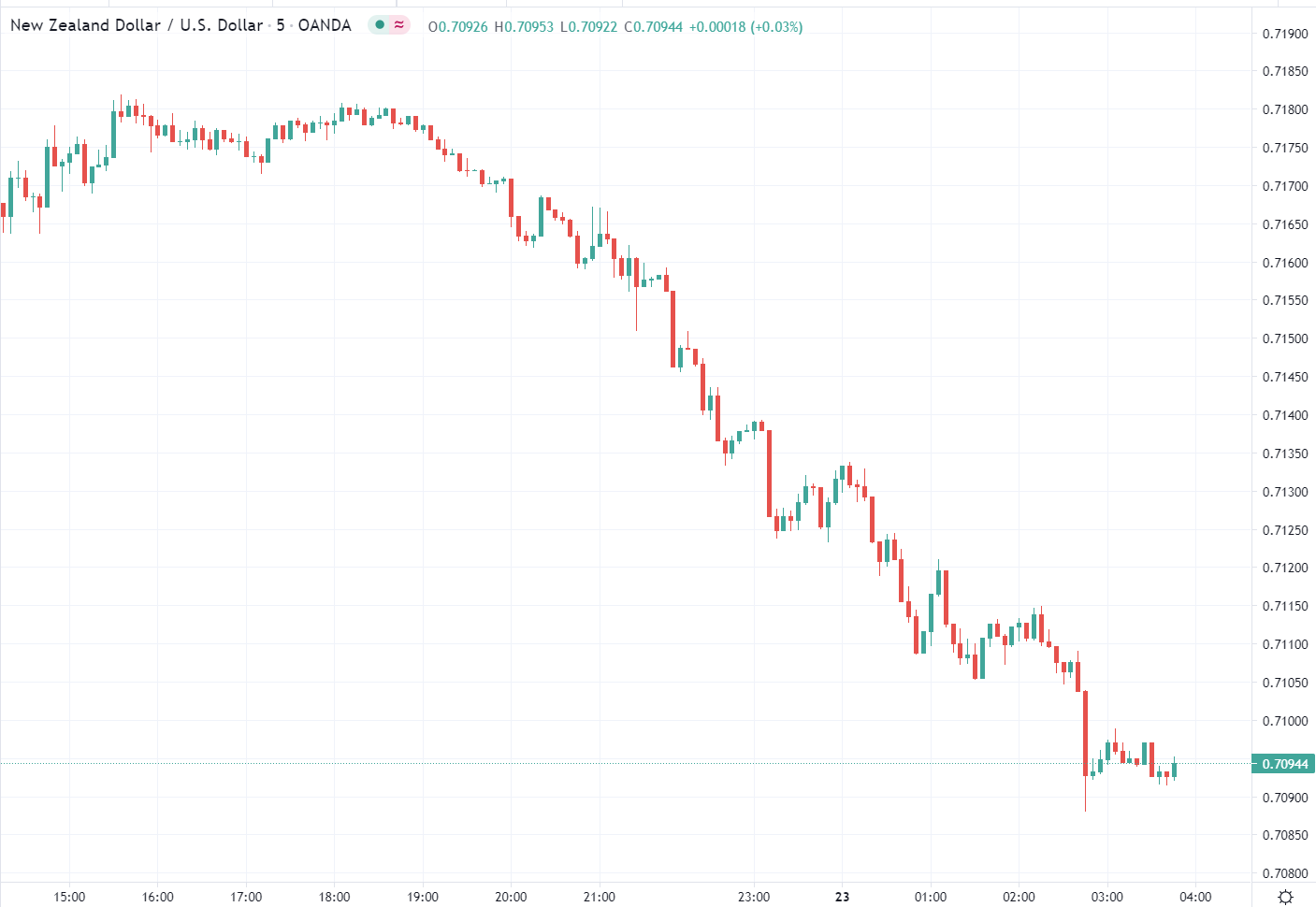 And, finally … Some
awful news out of the US with 10 people, including a police officer,
killed in a mass shooting. Another one.

Slow start for European equities to open up the session